Rent a Car in North York with Advantage

Advantage Car & Truck Rentals has been in the business of renting cars and trucks in North York and Thornhill for over 35 years. We offer affordable rates on top-quality rental cars. Our extensive fleet of car rentals in North York and Thornhill features a range of vehicles from compact cars and sedans, sports cars and convertibles to SUVs. Let us help you satisfy your rent a car needs!

By the nature of our business, in North York and Thornhill, we deliver daily a great number of cars to dealerships, body shops, accident scenes, commercial businesses and we pick up and drop off retail renters along with serving them at our multiple car rental locations.

At Advantage we take loving care of our fleet. Current year model vehicles for every need. 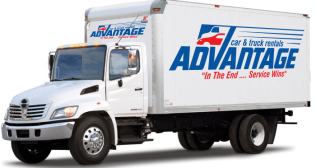 Guaranteed to fit most one bedroom apartments in one trip, our 16-foot moving trucks are the perfect solution to your moving day! 16' Cargo Area Slide Out Ramp 2 Person Seating 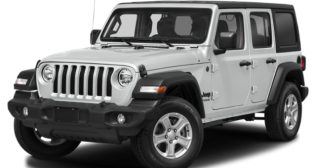 Where can you rent a Jeep Wrangler in Toronto?   Advantage Car Rental has nearly a dozen locations in Toronto and the Greater Toronto Area. Whether you are in downtown Toronto, Scarborough, Mississauga, North York, Brampton or Etobicoke, you will find an Advantage Car and Truck Rental desk within 15 minutes of you.   Jeep […] 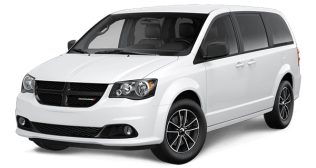 Minivan Rentals are the perfect choice for getting your family and friends around town with maximum comfort and cargo room.

The extra seating and interior space that a 7 passenger SUV provides is one of the biggest benefits of renting this car. Rent an 8 Passenger minivan and explore the Greater Toronto Area. 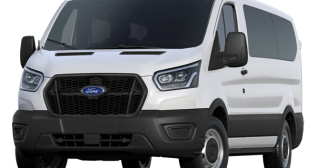 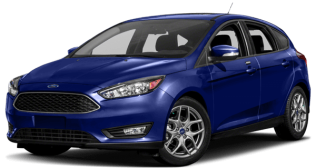 Economy size car rentals are incredibly fuel efficient and perfect for making your way through Downtown Toronto and other high traffic areas. 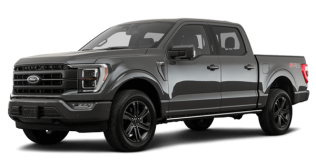 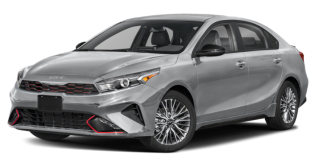 Intermediate or Midsize Car Rentals are perfect for people who need a lot of cargo space but still want a small car for getting around. 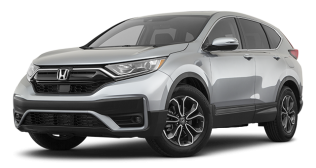 Intermediate SUV Rentals are great on gas and have plenty of cargo space. Perfect for long drives. 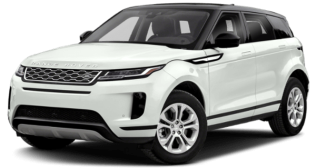 Luxury SUV Rentals make for the ultimate rental experience, stunning looks, top of the line comfort and unmatched drive quality Rent one today to see for yourself. 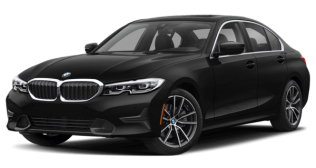 Standard Size Car Rentals are great for when you need a lot of interior space while easily navigating the narrow city streets.

Advantage car rental locations are conveniently located near airports and in metro areas across the Greater Toronto Area.

In The End… Service Wins

why become our customer?

Let our Customers Do The Talking

Very easy processor was very impressed with the friendly, professional, and accurate service of the staff and especially with Waleed who helped me throughout the entire process. One of the best car rental companies I have dealt with they gave me a very good deal. We were given a brand new car that was adequate for our needs. Excellent service overall and I would definitely recommend this place to my friends.

Had to rent a truck for a fundraising event to transport balloons. Nick was so helpful with the booking and was able to help us out. The service from beginning to end was 5/5. Check in went smoothly! Drop off was just as easy! I would highly recommend this location before any other in the area!. You will not be disappointed:) Thanks again Nick!!

Nice and clean cars for reasonable prices! Recently I used this location several times. Every time the staffs were kind and polite. I really recommend this rental car centre. Rent a new car here and enjoy your time!

Best Car Rental Company I ever rented from. The staff is very accommodating and helpful. Excellent service. The cars are very clean and all new models. I highly recommend Advantage.

I have been renting from this location for years. The lady behind the counter has gone above and beyond to make my experience great. I have recommended them to everyone I know, and the feedback I have received from them as been the same. I will never go anywhere else to rent a car. Thank you for always making my experience fantastic.

This is my second time using their service and I was more than happy with the exceptional customer service provided at their McCowan/Shepherd location in Scarborough, Ontario. I have read their reviews and I totally agree with the overwhelming positive reviews. Honestly, I suspect there is more than meets the eye for many of the few negative reviews. They were very understanding when my flight was switched which delayed my arrival/pickup of the vehicle by a few days. There were also some other issues which they were more than happy to assist me with and I left them as an extremely satisfied customer. I highly recommend doing business with this company/location, the prices are amazing and their staff are courteous and flexible with excellent customer service, unlike a lot of their competitors.

My experience with this company was immaculate. The staff was very friendly and accommodating to my needs. I will recommend them at anytime to friends and whenever I visit Ontario, this is where I will go.

Best car rental experience I've had. The location manager Sai was exceptionally nice and extremely helpful, and the staff as a whole was very friendly. My vehicle was cleaned and examined properly and I was given a copy of the inspection (usually I have to ask or take a photo). As someone who rents quite a bit, I cannot give this location a higher recommendation.

Get to know the city

North York, Ontario, Urban Community within the city of Toronto. North York was a city (incorporated from 1979 to 1998) until it was amalgamated into the new megacity of TORONTO in 1998. The name North York refers to both Toronto’s original name, York, and the township, and later the former city’s location north of Toronto proper. As its population increased its municipal status rose to the borough in 1967 and later to the city in 1979. North York is home to a number of significant institutions including YORK UNIVERSITY, Seneca College of Applied Arts and Technology, the Ontario Science Centre, BLACK CREEK PIONEER VILLAGE and the Ford Centre for the Performing Arts. It is also home to renowned hospitals and prior to amalgamation with Toronto, had the second-largest manufacturing base in Ontario. 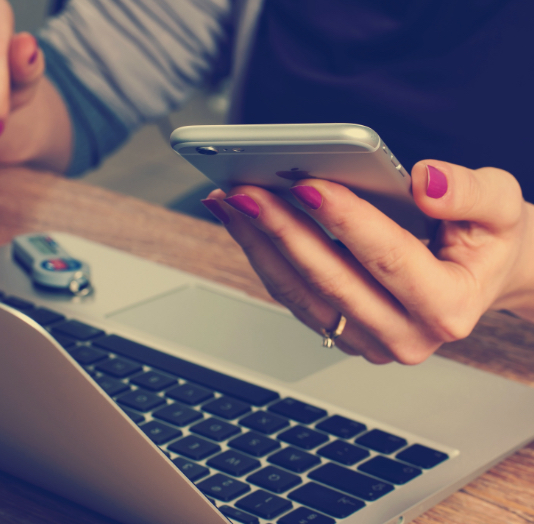 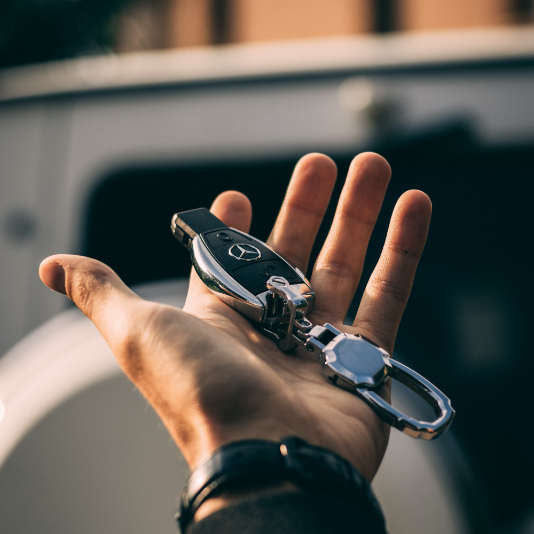 After picking up your Advantage car rental in North York, there are some important things you should know. Traffic in the North York area can be unpredictable and there are often disruptions during rush hours. We recommend using Google Maps, Apple Maps or Waze to find the fastest route to where you need to go. It’s always a good idea to check out the City of Toronto’s website for any specific road restrictions. Paying attention to street and road signs is crucial as there are often parking and speed restrictions. Also, note that right turns on red are never allowed and left turns are not allowed during certain hours on some streets in Scarborough.

Sight-Seeing Attractions with your Car Rental in North York

North York is renowned for its tourist locations and attractions. You can rent a car to sightsee or visit tourist spots around the area. Edwards Gardens, Aga Khan Museum, Black Creek Pioneer Village, and Botanical Garden are just some of the many attractions in the North York region. 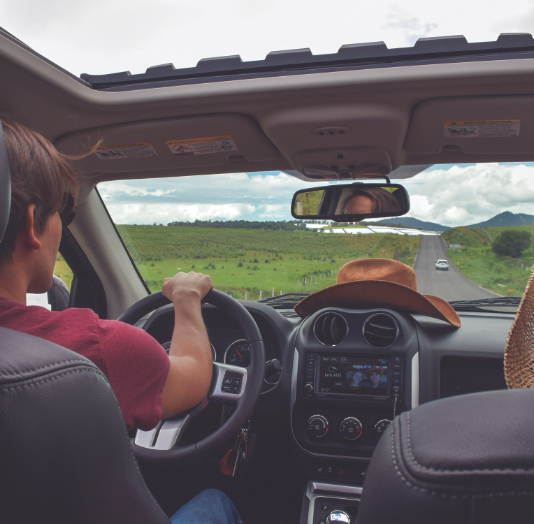 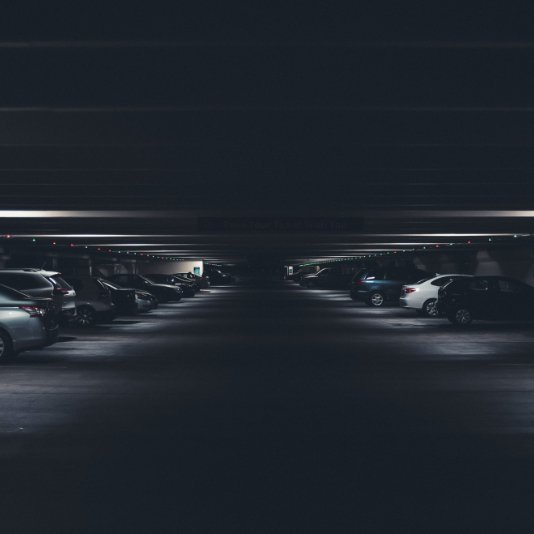 We aim to offer you a full range of vehicles in order to match the mobility needs of your trip in or out of North York. We also offer an excellent range of discount coupons including senior and seasonal discounts to help make your trip more affordable. As you book online you can tailor your trip with our useful add-ons. Have a look at our deals on extras like additional drivers, GPS, child seats and protection coverage options.

How do I choose the right rental vehicle class in North York for my trip?

BE THE FIRST TO KNOW