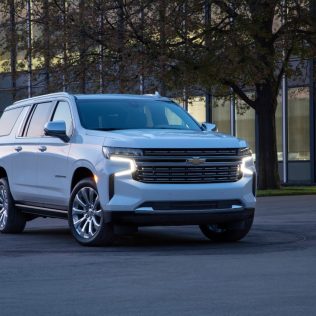 Cars with diesel engines are nowhere near as popular in Canada (or North America) as they are in Europe. Are we missing a trick by not considering diesel cars and trucks? Theoretically, diesel engines with their superior fuel economy and highway ability should be perfect for Canadian roads.

If you think of diesel engines as clattery, laggy units you definitely haven’t sat in a modern diesel-powered car or pick-up. Today, it’s near impossible to tell the difference between gas and diesel powered cars. There are neither plumes of black smoke nor a shaking hulk under the hood; gas and diesel engines even sound the same today!

Keep reading to find out what driving a diesel car is really like.

The pros of driving a diesel car

The forte of diesels has always been low-end grunt. Sure, the power numbers may be a little lower than an equivalent petrol engine but torque is up by about 30%! Maximum torque also kicks in at under 1700 rpm giving effortless towing ability and punchy overtaking. Whether you are towing jet skis to the lake with a rental car in Scarborough or getting van rental in Scarborough to move house, diesels are the way to go.

You really feel the difference at traffic lights and stop signs when the car just leaps forward compared to ‘gutless’ petrols. Want to keep up or beat an electric car off the line? Diesels are the only way you are going to do it with a mainstream car.

Fewer visits to the pump

The combined fuel economy of a diesel car is noticeably better than a petrol-powered car. Modern diesels can average around 4l/100 km which is comparable to many hybrids! If you have a diesel pick-up, you’ll be amazed at the car-like fuel economy (9l/100 km). If you do long distances, this difference will add up really quickly.

It’s a total myth that diesel is hard to find at Canadian pumps – diesel is available abundantly at pumps in the city and on the highway.

A diesel vehicle will likely cost a little more to buy than a similarly equipped petrol model but less than a hybrid or plug-in hybrid model. Unless you do far less than the average kilometres per year, you will make up the difference with a few years in fuel savings. What’s more, diesels don’t cost any more than a petrol to maintain either.

Should you warm up a diesel engine before driving?

Diesel engines used to take a little extra time to warm up before they could be started. Most times, even in the coldest of winters, they’ll fire up with just a turn of the key. Today, you do not need to warm up a diesel engine before driving any differently to a petrol engine.

Is a diesel car better than gas?

If you are doing lots of highway kilometres or want a comfortable cruiser for city use, a diesel may be perfect. Particulate filters and additives have made diesels much cleaner for the environment too, so much so they actually release less carbon dioxide and noxious particulates than a petrol engine with similar performance.

How a diesel rental car can help save money

The better fuel economy of diesel rentals means you save on fuel costs. For late model cars and trucks, visit Advantage car rental in Scarborough. Browse our OnDemand car rental app to get the best deals and find car, van or truck rental delivered to you.