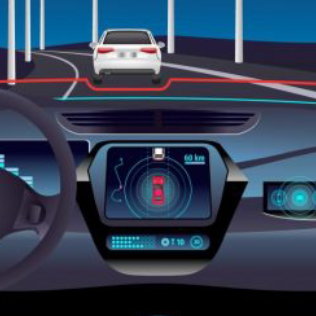 Advantage Car Rentals > Blog > Are Self-Driving Cars The Future of Rentals? Here Are Two Sides of The Coin

Are Self-Driving Cars The Future of Rentals? Here Are Two Sides of The Coin

Technology is continuously evolving with innovations being conceptualized, invented, developed and having the power to change the way of life. One such technological innovation that has dominated headlines across the world in recent years is the self-driving car. The very first driverless car got its initial test run in the 1920s and was called “phantom auto”. Demonstrations of this technology drew spectators in cities across the United States.

Google has brought this technology to the forefront recently in 2009 when it first launched its self-driving car project and inspired countless car manufacturers like Volvo, BMW, Volkswagen, and Tesla to follow suit. Even companies like Uber, Lyft, Huawei, Nvidia are manufacturing driverless cars.

With so much investment going into the automobile industry, driverless cars will be on the road sooner than we expected. But when will this happen and how will it affect the car rental industry?

Self-driving cars may be the future of the automobile industry, but there are still a few things that technology can’t fully satisfy–like refuelling, oil change, and good, old-fashioned cleaning. There are also other factors that could potentially be a hassle, like:-

Self-driving cars will also increase the number of vehicles on the road. How do you ask? If you drive to work, you park the car in the morning and drive back home only in the evening. It isn’t on the road the whole day. But in a driverless world, there is no need to park your car in the morning. Your self-driving car can head back home, run some errands, and drive itself back to your office when you need it in the evening. So, it spends more time on the road and contributes to extra traffic.

Can people rent a driverless car?

People rent cars only when they absolutely need to. For instance, when the car is getting any maintenance/ repairs done, parking problems or when visiting a new city.

Still, car rentals are a multibillion-dollar industry all over the world. In some parts of the world, like the United States, self-driving cars are available for rental purposes. Uber, as an example, has pushed the use of driverless cars by announcing that it would invest as much as $200-million to expand its autonomous research team in its engineering car hub, in Toronto. In the UK, there is talk that British drivers will have to pass a specific kind of driving test to own or hire a driverless car.
These cars will have human supervision—the drivers are seated at the front of the vehicles but they are completely self-driven.

To prevent accidents and improve safety with the use of driverless technology, people may be required to learn new skills when travelling in a driverless car. When the car is in autonomous mode, and if an emergency arises, the driver must be able to successfully deactivate the current mode and switch to manual control.

According to research gathered by Burges Salmon and AXA, drivers may need up to three seconds to manually regain control of a driverless vehicle in autonomous mode. This is a cause for concern, because the vehicle travelling, at, say 70mph, can still be in motion for up to 300 feet during this three second period. The proposed new driving test will provide some kind of assurance to owners of driverless cars that they can regain control of the vehicle in a short span of time. The government has also proposed to set laws that prevent drivers from reading, sleeping, or watching films in their self-driving cars to improve safety.

Whilst renting a self-driving car may occur in the distant future, there are so many benefits that a rental car can provide. Check out our car rental fleet which features some of the best models from the top car manufacturers in the world. We offer premium vehicles at affordable rates, coupled with unbeatable customer service.

You can reserve a vehicle online at https://www.advantagecarrentals.com or speak to one of our car rental agents by calling our Toll Free number 1-888-433-2222 and we’ll do the rest!