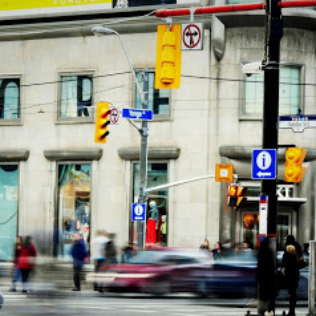 Just because Ontario’s road safety trends have been pointing in the right direction for the past few years, it’s no reason to become complacent. Road safety as a subject requires constant attention. Driving standards must always be raised and road conditions are made safer too.

Think not just of the driver but also pedestrians, cyclists and construction workers.

Let’s start with a recap of Ontario’s safety stats. Curiously, official road accident numbers from 2017 and onwards are scant. Regardless, we can build a reasonable picture from what figures the Ministry of Transportation Ontario provides.

Aside from 2015, which saw a small increase in fatal and personal injury claims, roads have generally become safer. To keep up this trend, Ontario passed the Getting Ontario Moving Act (Transportation and Statute Law Amendment), 2019 in June 2019. Rather than wide, sweeping changes, it focuses on specifics that hope to deter dangerous driving. Particularly in metropolitan areas, there is scope to reduce car accidents Toronto sees every year.

We break down some of the amendments the Act brings to the Highway Traffic Act. Be sure to speak to our car rental in North York when you pick up your car to understand the changes in the law.

Safe driving starts with your first driving lesson. Driving instructors must not only impart knowledge, but they must also build an appreciation for road rules. Under the Act, driving instructors must have a blood alcohol concentration of zero and no drugs in their system, when they are instructing drivers. The police can also demand instructors provide breath or oral fluid for analysis if they suspect they are intoxicated.

Working along busy roads and highways is dangerous work. It is made even more so by drivers who disobey speed limits and drive carelessly. At present, if a driver causes bodily harm to a pedestrian or cyclist it is an aggravating factor in their sentencing.

This has now been amended to include ‘persons working on the highway’ – in other words, construction workers performing road and ancillary work. Why this wasn’t always the case is perplexing, to say the least, especially with the propensity for car accidents Toronto has.

Positive: Highlighting the seriousness of causing any bodily injury to road users; recognition of the risks construction workers and road workers face.

It seems contrary to penalize unnecessarily slow driving on Ontario highways at first glance. After all, the province is (in)famous for drivers who routinely exceed the speed limit. However, tougher penalties are designed to improve the waning lane discipline. Driving slowly in the left lane, and slow vehicles failing to move over to the right lane will attract fines ranging between $150 and $1000.

The Act introduces a number of other changes too. These will help improve policing and allow municipalities to set rules that can make their roads safer.

The Photo Card Act 2008 provided for the issuing and use of three different types of photo cards (basic, enhanced and combined). Now, only one type of card may be issued and used.

Authorities are permitted to change the use of restricted-use lanes in construction zones. This should help ease congestion and disruption caused due to road works.

Use of off-road vehicles

Thus far municipalities could only specify where off-road vehicles could be used. Now they have the power to even restrict the operation of such vehicles.

No limitation on lessor liability

If the lessor and lessee of certain motor vehicles are not dealing at arm’s length, then the lessor will have unlimited liability for the vehicle. This could help reduce informal leasing which can lead to car accidents Toronto.

Safe driving starts with a safe driving mindset. But a confident driver relies on a reliable car from their car rental North York. At Advantage Car Rentals North York our clients trust us to provide clean, safe and well-maintained cars and trucks.