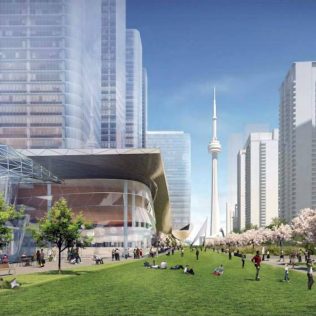 Toronto is a city of innovation and change, for proof just look at our skyline! The CN tower has dominated our lakeshore and was a marvel of engineering magnificence for its time and will proudly be a Canadian Icon well into the future. Toronto’s roadway infrastructure is no different, Mayor John Tory has made it part of his mission to lighten congestion and make things easier for pedestrians and TTC users. Will all of this change come at the cost of drivers? We will have to wait and see but a lot of their proposed plans seem to have everyone’s best interest in mind.

Here are a few changes and proposed changes coming to Toronto in the near future.

You have no doubt heard of the newly instated King Street Pilot Project, it has been all over the news for a few weeks now and since its start Sunday morning the reviews have been mixed at best. The basic idea of the project is that all motorists on King Street between Bathurst and Jarvis cannot travel farther than one block before having to turn right at the next intersection.  For example, if you turn on to King from Portland and do not find a parking space you must turn right and exit at King at Spadina.

The reasoning for this drastic change is to make one of the most pedestrian-heavy parts of the city friendlier to pedestrians and TTC riders. The less traffic on the streets, the easier it is for people who walk to get around while also improving TTC reliability times because they will no longer be stuck behind cars at intersections.

In an effort to make things fair for the thousands of people who drive down King Street every day they have put up Advanced Right Turn signs so that they can turn before the pedestrians are allowed to cross. A small bit of help but helpful nonetheless.

Like I said, this project only started on Sunday and they are still working out the kinks and handing out warnings to drivers who break the rules for now. If you can avoid the area I would suggest staying clear of King Street for the time being until all the bugs are worked out.

The Bentway Project is another project you may have heard of, it is currently under construction under the Gardiner Expressway. The plan is to turn all of the ugly, empty space under the Gardiner into a lush green walking path in the summer and a skating path in the winter. The first stretch of the Bentway is set to open in early 2018 so folks can still skate this season.

Only 250 meters of the path will be open this winter season,  but the end goal is to turn the 1.75 kilometer stretch of land between Bathurst and Strachan into an easy to navigate path making the seven neighborhoods along the route more accessible to pedestrians.

The interference with traffic will be very minimal and the construction is not doing much to impede the flow of traffic either. The city spent a lot of time planning this addition and the hard work is paying off.

We have all seen when police directing traffic during accidents, construction, power outages (Side Note: In the event of a power outage treat traffic lights like a four-way stop)  and high congestion times in busy areas. A lot of the time these police officers make the commute so much easier because there are no impatient and dangerous drivers trying to zip past a yellow light and end up blocking the intersection causing more traffic problems.

Starting in early 2018 as part of Mayor John Tory’s traffic initiative we will have more than police directing traffic. The new Traffic Wardens will start by working with the police and the plan is to eventually phase out police altogether. This way we will have designated people in bright highly visible clothing directing traffic instead of the police who could be better serving the community in other ways.

Keep an eye out for the new Traffic Wardens in the new year directing traffic and pedestrians.

The Rail Deck Park is still in its planning stages and is still waiting for approval but, if approved, will change the downtown core completely. Imagine if all the railways leading out of Union Station behind the city place Condos were covered in a bridge of lush greenery!

The proposed plan is a meeting place and man-made park behind the line of condos to make the City Place neighborhood more family friendly. The 21-acre park would rival similar parks found in Chicago and New York.

Unfortunately, a lot of people in the community including many key decision makers do not see this as a necessity for the city. Many are arguing that the money could be better spent on things the city actually needs (Pothole and street repair).

It is hard to say if such a major project would benefit the city, sure it would look great but the returns to Toronto would be small. It’s like the old saying goes, Ferraris are nice but they don’t do the job of an SUV.