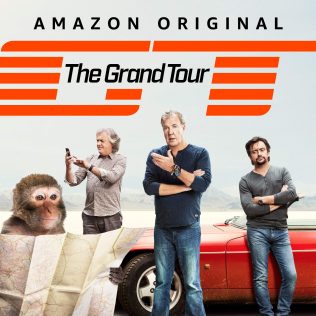 Car shows for gearheads to watch during the Covid-19 lockdown

Being stuck at home during the Covid-19 lockdown has its plusses. There are a ton of great car shows online and thousands of hours of entertainment just waiting to tap into. Check out our list of car and truck shows to watch this weekend that will get your pulse racing.

When the almighty BBC show ‘Top Gear’ bit the dust, Jeremy Clarkson, Richard Hammond and James May made the leap to Amazon. And a wise move it was too to cash in on the rise of online streaming. Grand Tour had a shaky start but the last couple of seasons have really wowed with some incredible round the world trips.

Formula One isn’t for everyone but full credit to Netflix’s production values for really making the sport accessible for all types of audiences. Drive to Survive covers the major stories and racing action from the 2018 and 2019 Formula One championships. Exclusive footage from inside the paddock, insightful interviews and incredible racing await.

The first show on our list that’s based totally in Canada. Highway Thru Hell follows Jamie Motor Trucking, a truck rescue and recovery company in British Columbia as it goes around helping stricken truckers in the province. Rescues are always nerve-wracking and take place in amongst some of the most beautiful scenery in Canada. It offers a great look at the real dangers that truckers face every day too.

Motor Trend on Demand has a huge catalog of original shows like Hot Rod Garage, Roadkill, Engine Masters to keep every ardent gearhead entertained through a year’s worth of lockdowns. The platform boasts more than 250 shows and over 7500 episodes of programming. Something for everyone – from on-track action to car restoration.

Comedians in Cars Getting Coffee is such a different take on talk shows. Jerry Seinfeld, yes that Jerry Seinfeld, starts off by talking about a new classic car at the beginning of the show. Then he drives to a star’s house to pick them up. The two drive around chatting spontaneously and occasionally talking about cars. It’s less of a car show than a chat show, but a really fresh take on the talk show genre.

It’s not too hard to argue Jay Leno stepping down from The Tonight Show kick started what would be an even greater second career. Jay Leno’s Garage has become one of the most relevant and respected car shows in the world. That much of it is available on YouTube for free may have helped. It’s the real deal if you are looking for close-up details about classic cars, sports cars and antiques. We can’t recommend it enough for anyone with even a little bit of engine oil in their veins.

Pimp My Ride may be over but the shop that did all the work lives on. West Coast Customs is performing some of the hottest custom car builds, taking on work for stars like Justin Bieber. Every show is an adventure. If you love cars you’ll love the show.

Bored sitting at home? Want to make an ‘essential trip’ to scratch the driving itch? Stop dreaming and start browsing on On Demand Car. We have a vast selection of cars to choose from. Best of all, the car is delivered to your door and picked up once you are done. Now that’s the service car connoisseurs deserve.