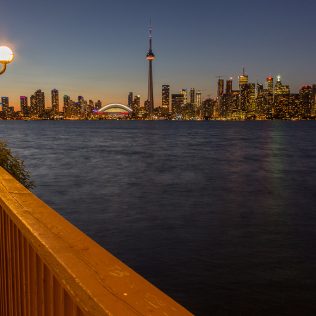 Toronto is an amazing city, an amazing and large city which requires a vehicle if want to get the most out of your visit. Renting a car with Advantage Car and Truck Rentals is a great way to make sure you get in all the sights Toronto has to offer. In this article, we are talking about the best things to do if you only have 24 hours to explore our great city.

Obviously, if you’re in Toronto the one thing you have to do is visit the CN Tower. The colossal skyscraper dominates the city’s skyline. Standing at 553.3 meters tall it was once named the Guinness Book of World Records Tallest Building and Freestanding Structure, the title was unfortunately taken away after the construction of the Burj Khalifa in Dubai in 2009. Regardless of its status now it is still an impressive sight to see in person and breathtaking to see from the top of the tower. On a clear day, New York State is clearly visible as well as attractions as far away as Vaughan. For the bravest among us The CN Tower Edgewalk, which is exactly what it sounds like, is ready to take you higher than ever before.

Toronto Island is an experience you may not expect when spending your day downtown. Even though you are only a 10-minute ferry ride from the hustle and bustle of the downtown core, the lush trees and beautiful water will have you feeling like you’re up in cottage country. Their are family beaches, restaurunts, bars, bike rentals and so much more to fill your day.

Center Island, the theme park on the island, is a great way to spend time with your family. Offering splash pads, roller coasters and tons of food, you will walk away happy from this stop on your trip.

For the hottest days there is a beach along the coast of the island and for the risky travellers, there is a nude beach section farther away from the family area.

Toronto has a lot of nicknames, including “New York North” and whether you agree with the name or not there is no denying that YD Square is basically just a toned down Times Square. It is the hub for tourist adventures in Toronto, much like New York, there are flashy billboards, people in costumes trying to sell pictures and of course, many, many places to shop and eat.

The Eatons Center is located right on the corner of Yonge and Dundas and it has every single store you could ever need, ranging from the Dollar Store to Sachs Fifth Ave, whatever you want can be found in the Eaton Center.

One of the best patios in Toronto is at YD Square, Jack Astor’s has a third story patio that is perfect for people watching or watching the many concerts and shows being put on in the Square almost daily.

This is one of Toronto’s newest attractions and it is by far one of the coolest. The aquarium mixes fun interactive exhibits and plenty of learning opportunities for the kids. Eels, Rays, Sharks and exotic fish are yours to explore inside the massive exhibit. One thing everyone should check out is the exhibit on fish from the Great Lakes, so many exciting fish live in Canada and this is your way to see them up close and personal. If you are really interested in aquatic life, they even have sleepovers where you can sleep in the underwater tunnel pictured above.

As a bonus, the aquarium is right outside the CN Tower, combining the two would make for an incredible family afternoon.

Toronto is a massive sports city! We have The Big Three,  The Blue Jays, Maple Leafs and Raptors but we also have the Toronto Rock our lacrosse team, the Argonauts, our CFL team and the FC, our Soccer Team. While almost everyone has probably been too at least one of the Big Three games, checking out Toronto’s smaller teams is a great way to support the city and spend a little less money. The Argonauts recently moved to BMO field so they are now playing outside in an open-air stadium, the way Canadian Football was meant to be played.

While not located in Toronto proper, Wonderland is a huge theme park that draws in people from around the world. Coming up in October is the Halloween Haunt, a massive celebration where the entire park is turned into a spooky haunted house. The whole experience is a  great way to spend the night with the family, there is even a not-so-spooky area for the younger kids.

In the summer, there is a waterpark called Splash Works, that can’t be beaten, with relaxing rides like the Lazy River all the way to crazy slides like the Muskoka Plunge.